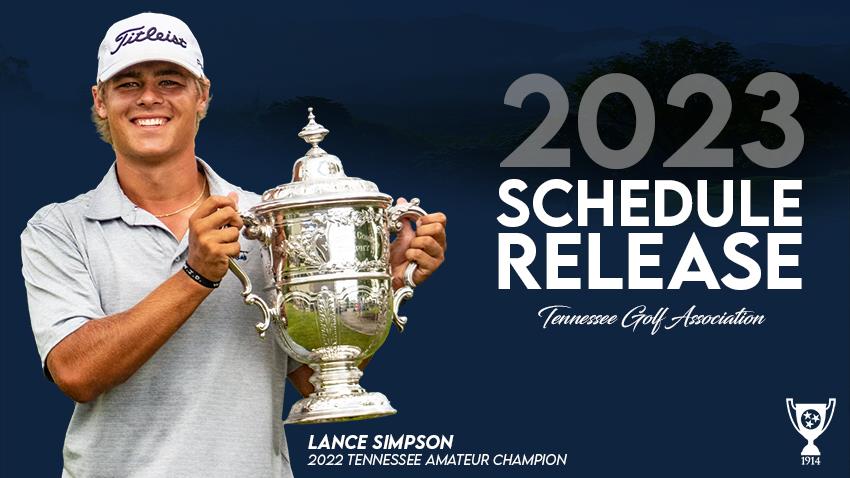 FRANKLIN, Tenn. — With the holiday season approaching, the Tennessee Golf Association is excited to announce the host sites for the upcoming 2023 season.

A line-up of premier courses across the Volunteer State set up TGA members and competitors for another great year on the links.

“After another great year of competition, we at the Tennessee Golf Association are excited to build momentum into the 2023 season,” executive director Allison Brown said. “We will hit some historic milestones with the host courses of our events and we look forward to sharing in that celebration with those venues and our members.”

The 74th Tennessee State Open makes a return trip to middle Tennessee at GreyStone Golf Club on June 6th. This will mark the ninth time GreyStone has hosted the State Open, which is the most for one site in the event's history.

In July, the Golf Capital of Tennessee Women’s Open will celebrate its 25th Anniversary while also celebrating 15 consecutive years at Stonehenge Golf Club in Crossville. The event brings in professional and amateur golfers from around the country.

The Tennessee Boys’ and Girls’ Junior Amateur will be held concurrently for the fifth straight year. From June 27-29, Spring Creek Ranch in Collierville will host the championships.

The 2023 season will start with the third Men’s Mid-Amateur Four-Ball with a change of venue from years past. Towhee Club in Spring Hill will host the popular kick-off event from April 29 to 30.

The Men’s Four-Ball event heads to the site of the 2022 Men’s Mid-Amateur at Nashville Golf and Athletic Club on June 20. The Women’s Four-Ball Championship will venture east to Cattails at MeadowView in Kingsport for an event that fills up quickly with a waiting list to get in.

On July 25, the Men’s Match Play will make its first trip to the Links at Kahite, which first opened its doors in 2002. A daunting links-style course features an 808-yard par 6 as players prepare to make the turn onto the back nine. In the third year of the Tennessee Women’s Match Play Championship, Belle Meade Country Club will play host to the three-day event starting on June 13.

In September, the picturesque Rarity Bay Golf and Country Club will play host to the Men’s Senior and Super Senior Amateurs from the 11th to the 13th.

Registration for events begins at 9 am CT, Wednesday, March 1, 2023. To register, visit www.tngolf.org/competitions.