Several exciting changes came out of the Tennessee Golf Association’s annual Competitions Committee meetings last week, but maybe none will catch the attention of our players like the announcement of new championships. 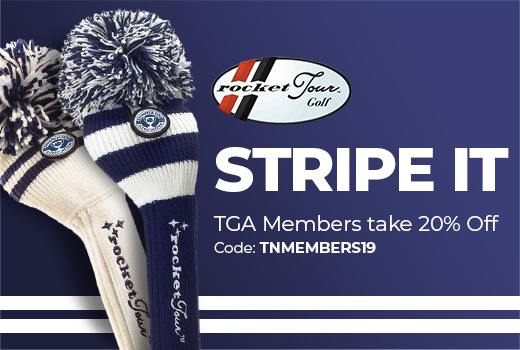 On the men’s side, the TGA will host the Tennessee Mid-Amateur Four-Ball Championship - on a weekend.  It will be held April 24-25 at Tunica National Golf & Tennis.  Also added for next season is the inaugural Tennessee Women’s Match Play Championship, set for June 14-16 at Brentwood Country Club.

Coming off a 2020 season in which participation was up almost across the board in state events, TGA executive director Chad Anderson is excited to offer two more opportunities for the best amateur golfers in the state to compete next year.

“We look forward to hosting two brand new championships in 2021,” Anderson said.  “I think this past year proved that our members are eager for new and different ways to compete and we anticipate these additions to be popular."

The Women’s Match Play will adopt the same format as the current one the men use, incorporating pools to insure each competitor gets at least three matches.  The field will be divided up into eight four-player pools.  A competitor will play an 18-hole match against each of the other three women in her pool, with the winner of each pool advancing to an eight-person championship bracket.

The men’s Mid-Amateur Four-Ball will be two days of four-ball stroke play, with the results counting toward the Player of the Year standings.

TENNESSEE MEN’S MATCH PLAY – Starting in 2021, the Men’s Match Play championship will feature 16 top seeds out of the 64-player field.  Each of these seeds will be in a separate pool for the 16-pool round robin portion of the tournament.  The seeds will be decided based off a list of criteria from the previous year.  The other 48 players will be randomly assigned to a pool.

TENNESSEE MID-AMATEUR CHAMPIONSHIP – After a year in which the Tennessee Mid-Amateur set a tournament record for number of entries, it was voted to expand the field from 99 players to 111 going forward.  There were also modifications made to the exemption criteria to make more qualifying spots available.  In 2021, there should be roughly 16-20 additional spots available through qualifying than last year.

CHANGES MADE TO MEN’S PLAYER OF THE YEAR POINTS CRITERIA – The Memphis Amateur Championship was added as a TGA Player of the Year points event.  Clarifications were also made to the Senior Points in invitationals.  Points will be distributed based on senior division finish, regardless of 50-54 year olds competing or out-of-state competitors.  Seniors ages 50-54 can only accumulate points in events that pros play in as well, such as the Tennessee Senior Open, pro-ams on the TPGA schedule, the USGA Senior Open, etc.

TENNESSEE JUNIOR AMATEUR CHAMPIONSHIPS – 19-year-olds will now be eligible to compete in the Tennessee Junior Amateur Championships, as long as they haven’t begun college.