MEMPHIS, Tenn. — It’s been a busy few weeks for Gallatin’s Lynn Lim but it culminated in her first Tennessee Golf Association victory as she hoisted the Scott Probasco Trophy on Thursday. The future Vanderbilt Commodore never let go of the lead in the three days of play at the 90th Women’s Amateur Championship.

Lim was coming off three full days of match play golf where she finished runner-up at the 2nd Annual Women’s Match Play Championship. A day later, Lim punched her ticket to the USGA Girls Junior Championship, edging out Carthage’s Sophie Linder and Thailand’s Alisa Inprasit in an eight-hole playoff. Her hot streak continued in Memphis at Chickasaw Country Club where she was one of just two golfers to shoot under par in each of her three rounds.

“I want to thank all of the great golfers that made it out to Memphis this week,” Lim said after capturing the win. “There wouldn’t be good competition without good competitors.” 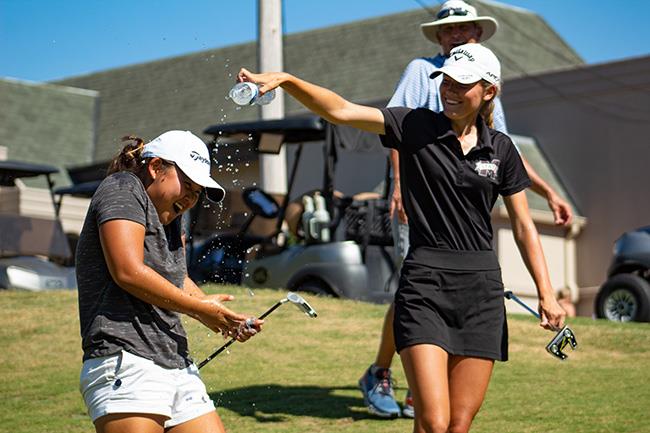 Lim surged to the top of the leaderboard on day two when she fired a 7-under-par 65, the low round of the tournament, which gave her a four-stroke lead heading into the final day. From there, Lim kept the field at bay with a 1-under-par 71 as she maintained her four-shot lead throughout the final day.

“The course was in great shape,” Lim said. “Greens were rolling great and I especially loved them on the second day.”

The 18-year-old had some tough competition throughout the week, especially in the group she played in Wednesday and Thursday. Manchester-native and junior at Mississippi State Ashley Gilliam was hot on Lim’s heels all week long. The future SEC rivals were tied for the lead after the first 18 holes. However, it seemed every time Gilliam made a run at Lim’s lead in the second and third rounds, Lim was able to match it. Gilliam finished runner-up at the tournament, going 70-69-71 for a 6-under-par 210.

Also in the lead group is future Ole Miss golfer Sophie Linder. The young star was well within striking distance heading into the final round but ran into some trouble on the back nine. Her final nine holes were the only nine-hole stretch that was over par at any point during the week. After her third place finish at Chickasaw, Linder’s attention now turns toward defending her title at the Golf Capital of Tennessee Women's Open Championship on July 21-23 in Crossville.

As the Tennessee Women’s Amateur celebrated its 90th iteration, the host course Chickasaw Country Club celebrated its centennial. Lead Assistant Golf Professional Chase Harris said he and the rest of Chickasaw CC were glad to partner with the TGA to host the event this week and look forward to more events in the future.

“Thank you so much for coming out to Chickasaw for three days of great competition,” Harris said. “We love having all of you golfers out here and look forward to bringing back the TGA again next year.” 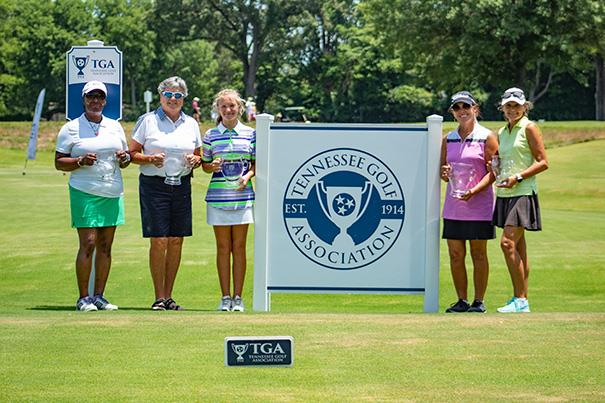 In the flighted divisions, a rising star took home top prize in the first flight. 12-year-old Addisyn Newman was the only golfer in any of the flights to break 80 each day of the tournament, going 79-75-79 for a final total of 17-over-par. Susan Miller finished runner-up in the first flight.

Amy Haag-Newbill saved her best round for last to jump into first place in the second flight. Debra Fanning finished a shot behind with a 43-over-par 259 over three days.

Full results from the event are available here.