Four Tennesseans to compete in Inaugural US Adaptive Open

PINEHURST, N.C. — In a few weeks, four Tennesseans will make history. They’ll become the first golfers to ever play in the U.S. Adaptive Open. The USGA is hosting the first tournament of its kind at Pinehurst No. 6 from July 18-20.

“I’m really proud of the USGA and their willingness to kind of move the needle here in terms of adaptive golf,” Jordan Thomas, a Nashville-native and multiple-limb amputee said. “So often we talk about growing the game and expanding the game and making it available to more and more people that needs to include people with physical disabilities.”

The Inaugural U.S. Adaptive Open Open is a tremendous opportunity for these extraordinary golfers to showcase their talents on the national stage. For them it’s a chance to shift how adaptive golf is often viewed today.

“We adaptive golfers are trying to get adaptive golf out of the, ‘oh, this is a cool video’ on a certain instagram account to, ‘Hey, these guys are actually really good and can play and compete at the highest levels,’” Alex Fourie, a Knoxville resident and who was born without his right arm, said. 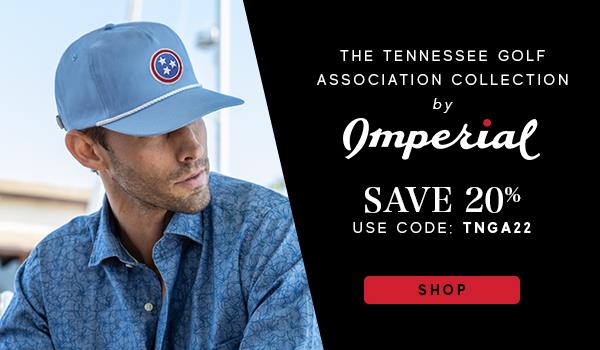 96 adaptive golfers are set to arrive at Pinehurst later this month, four of them from the Volunteer State. They’ll compete in different impairment categories, made up of at least five men and two women in each. With the event on the national stage, the world of adaptive golf will get to connect with golfers like never before and at the same time adaptive golfers from around the world will get to relate with each other.

“It's special to connect with other people that love to compete that have, more likely than not, faced tremendous adversity and overcome tremendously painful things in their lives, but have the resiliency to like, get through it,” Thomas said. “I’m a big fan of that.”

Nashville’s Jordan Thomas is among the resilient. As a kid, he lost both of his legs in a boating accident where a boat propellor took both of his legs. It was a pivotal experience in his life that he now uses to help others.

“I'm fortunate to be here today,” Thomas said after recounting the incident. “But sort of in that process, I found my life's calling in that I do have a nonprofit that started in the hospital for kids that can't afford prosthetics.”

The Jordan Thomas Foundation now helps over 80 kids pay for prosthetics through their 18th birthday, as they tend to out grow them every 12 to 18 months.

Another Tennessean headed to the Carolinas is Brandon Rowland. The Jackson, Tennessee, native already has a host of accomplishments to his name, the most impressive maybe being the fact he’s already a member of the Tennessee Sports Hall of Fame.

When he was just six, he was diagnosed with a rare blood condition called disseminated intravascular coagulation, or DIC. 36 years ago, however, it was known by a more sinister name.

“It took a while to even figure out what was going on, but then they said, it's called DIC and it stands for ‘death is coming,’ cause when I had it, it killed around 95 percent of the people that got it,” Rowland said.

Tennessee is also represented by one of the youngest players in the Inaugural U.S. Adaptive Open field. Old Hickory’s Luke Carroll, a 16-year-old at Father Ryan High School, is a part of the neurological impairment division.

When Carroll was 10, he was diagnosed with transverse myelitis, a neurological disorder caused by inflammation in the spinal cord that effects how the spinal cord sends messages throughout his body, mainly effecting his legs. But when Carroll’s on the course, none of it matters.

“When I'm out here, I feel like everything goes away,” Carroll said at the Tennessee Junior Amateur Championship. “I don't feel any different from anyone else. I feel like I can compete with anyone in the world.”

It’s a feeling shared amongst all the Tennessee golfers headed to Pinehurst.

“Golf’s for everybody,” Fourie said. “Whether you have, you know, down syndrome or one leg, or, you know, you've got problems at home, it’s a great escape.”

Alex Fourie was born without his right arm. But that was the least of his worries growing up. Fourie was an orphan in Ukraine for the first seven years of his life. After he was adopted and moved to Alabama, golf was a new, but welcome challenge.

“Came to America from Ukraine. And the second day I was here, my dad put a golf club in my hand and kind of tried to figure it out,” Fourie said. “He had a friend who was a pro that sawed off of a golf club for me. And I've been trying to figure it out ever since.”

But that’s the draw to golf for many of us. A life-long mystery we each set out to solve. There’s no right or wrong way to play and there’s only you and the course.

“You can play it for the rest of your life. You can do anything with it,” Carroll said. “You can make it your own. That's what I love about it.”

“I think that people initially will watch this and say, ‘oh man, that stinks that, that guy's missing both of his legs, or can you believe that that guy's playing in a seated position,’” Rowland said. “Then you'll watch these people play and your mind's gonna be blown.”

From July 18-20, watch how so many golfers compete in unique ways. Learn their stories, ask questions and then get ready to enjoy some really, really good golf.

“So if there's anybody that sees this and says, ‘Hey, you know, I wanna learn more about foundation or I want to be a part of this sort of adaptive golf movement,’ know that I'm fully on board and want to have conversations and build that community here in Tennessee,” Thomas said. “Because if the USGA is doing it, we can do it here in Tennessee.”