Senior Dustin DeMersseman, freshman Dalton Chuba and assistant coach Evan Spence all made the cut to compete in just a few weeks in the Tennessee State Open Championship. Back at Council Fire Club, they’ll have the chance to climb another mountain top not long after reaching college golf’s highest peak. 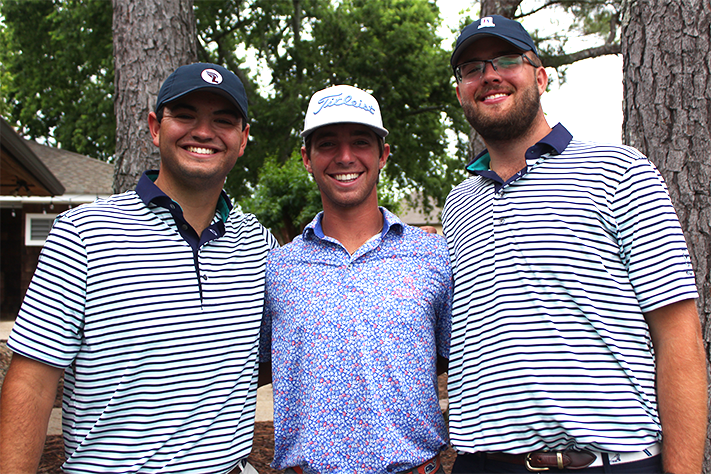 “It was awesome,” Chuba said about winning the national championship. “Especially just seeing the emotion on the other guy’s face because I know how hard they’ve worked for it.”

For the veterans on the Flames golf team, the national title was a culmination of countless days and nights honing their golf game. Last year they made it to the match play rounds but didn’t advance past the quarterfinals.

“I think without that we wouldn’t have been as successful this year,” DeMersseman said. “I think we realized the standard we needed to play to in order to have success.”

“I would say it was probably a little more nerve-racking for me than these guys because I was just scrolling on GolfStat the whole time I was out there with them, watching scores bounce around,” graduate assistant coach Evan Spence said when recounting the final days of the national tournament. “It’s a lot less nerve-racking when you actually have a club in your hands then when you’re just out there walking and talking with them.

Spence played for five seasons at Lee University before returning this season as a coach. He was one of the golfers who saw to the steady growth of the Flames men’s golf program after they transition from NAIA to NCAA Division II. The Chattanooga native wanted to see the hard work of the current and former golfers finally pay off during the 2021-2022 season.

“I remember six years ago when I committed it was just felt there was potential at this place to do something like this,” Spence said. “Six years later we’ve won a conference, we’ve won a regional and now we’ve won a national championship.”

The turnaround from TPC at Michigan on Friday to Council Fire Club on Tuesday was not easy. DeMersseman and Chuba hadn’t touched a club in four days and Spence hadn’t in ten days, leading to some mixed results and doubts in the early going.

“I was just mentally exhausted,” Chuba said. “I mean we played 108 tournament holes in a row in conditions that weren’t the best. But it was good to see what my tendencies are when I’m tired so I used today as a learning experience and my only goal was to qualify.” 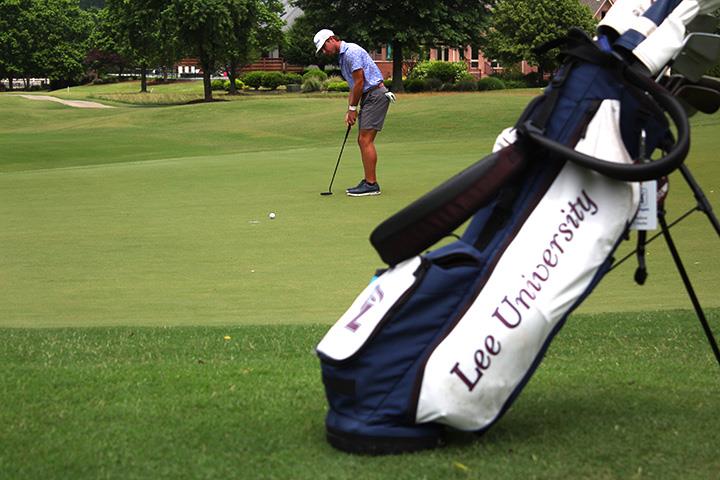 Chuba started four-over through the first four holes but said he shifted his mindset to not focus on how tired he was and instead only on qualifying. He went bogey-free two-under in the final 14 holes, qualifying with a two-over-

“I hadn’t touched a club since the final round [of the national championship],’ DeMersseman said on Tuesday. “Went out there on the first hole and made a 40-footer and got back in the saddle a little bit.”

The long putt saved par and the Lee University senior finished the qualifier tied for first after firing a two-under-par 70.

Spence, who said he hadn’t touched a club in over ten days before the qualifier, finished his round with an even-par 72 that included and eagle on the 535-yard par 5 eleventh hole.

All three of them are looking forward to competing again at Council Fire in less than two weeks… and then defending their national title in 2023.

“That’s the scary part. All five of those guys are going to be back next year.”

The Tennessee State Open will be played at Council Fire Club in Chattanooga, Tennessee from June 7-9. Nolan Ray is the defending champion, having won the tournament in 2021.