GALLATIN, Tenn. — A year removed from their runner-up finish at the 2021 Men’s Four-Ball Championship, Jack Morris and Lance Simpson got it done this time and won the title 3 and 2 to redeem themselves.

The win over John Tyminski and Landon Albert was the culmination of four long days of golf for Morris and Simpson. It took nearly 108 holes to claim their victory and none of them came easy. 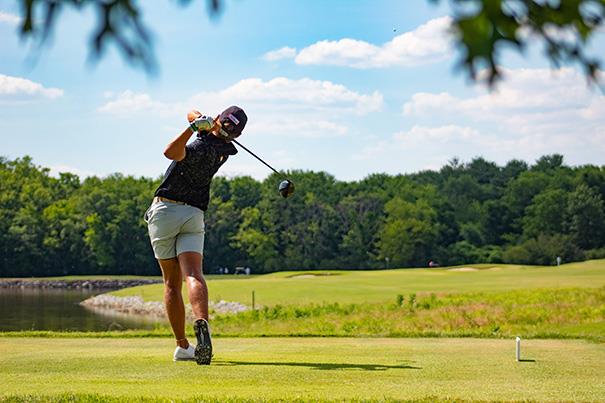 Before the championship match, Morris (Franklin) and Simpson (Knoxville) felt the pressure after Jet Tickle drained a long eagle putt to force extra holes. It wasn’t until the 20th hole of their match that Morris and Simpson were able to punch their ticket to the finals.

From there they met Tyminski (Franklin) and Albert (Hendersonville). Neither team was ever more than one up on the other, finishing the first nine holes tied. But then Morris and Simpson found momentum on hole 10 and never looked back.

Four-straight birdies from the Morris/Simpson team put them up four with five holes to play. Tyminski’s birdie on 14 made the match a slightly more manageable deficit, but ultimately two halved holes were enough to allow Morris and Simpson to win.

Besides the 20-hole win in the semifinals, Morris and Simpson never needed 18 holes to complete a match. They won 6 & 5 in their Round of 16 match and won 3 & 2 in both the quarterfinals and finals. In the qualifying rounds, the duo shot a 16-under par 126 to earn the 3-seed in the bracket rounds and were the only top 5 seed to make it past the quarterfinals.

Albert and Tyminski had a strong showing in the matchplay portion as well. After securing the 8-seed, the two went on to defeat the 1-, 5-, and 9-seeds en route to their runner-up finish at Tennessee Grasslands.