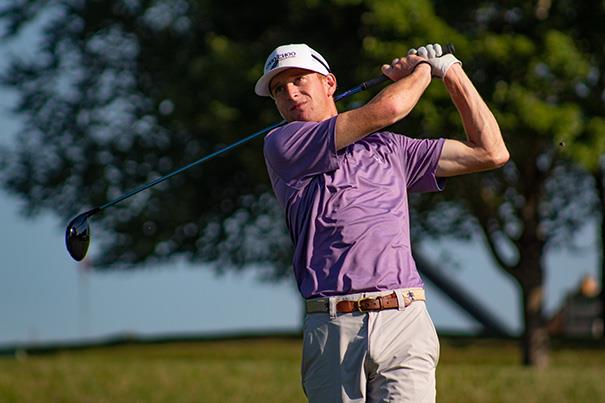 LOUDON, Tenn. — Across the board, all 64 players were greeted with outstanding course and weather conditions at Tennessee National Golf Club. In the end, however, one rose above the rest as Hayden Hunneke captured his first Tennessee Golf Association win at the 2022 Men’s Match Play Championship.

“It feels really good to finally get it done,” Hunneke said of his first TGA championship. “I’ve been playing some good golf the last few years and now I’ve got the trophy to prove it.”

Hunneke squared off against Knoxville’s Ryan Greer in a closely-contested championship match. The two traded blows through the first three holes with Greer winning two of three battles. Hunneke went one up after winning holes 5 and 6 before Greer knotted it back up on hole 8 as the pair made the turn still tied.

Trouble in the bunkers on the 10th cost Greer the hole putting Hunneke in a position he was much more comfortable playing from.

“All week I tried to stay away from bogeys and make my opponent come get it,” Hunneke said after the match. “I focused on keeping the ball in play and went from there.”

The two matched each other shot for shot for the next six holes, though one hole stands out from the others. On the par 3 hole 12, Hunneke came within inches of a hole-in-one as he nearly dunked it then burned the edge as the ball spun back. He wasn’t able to capitalize, however, missing the birdie putt and halving the hole to stay 1 up.

“That was just a mental miscue,” Hunneke said when recalling the events on hole 12. “But i had to flush it and focus on the next shot.”

As Hunneke and Greer halved holes, time was running out for Greer. Down one with two to play, Greer’s shot on the par 3 went left and rolled off the green, leaving him a difficult second shot. Hunneke was in a near identical spot from his semifinal match. Greer’s chip nearly went in but then ran past the hole, leaving him a long par putt he couldn’t convert. Hunneke lagged his birdie putt to a few inches, capturing the win for the graduate student at Carson-Newman. All it took was 109 holes of golf over four days.

“I drank a ton of water,” Hunneke said with a laugh. “It was hot out but I wouldn’t have it any other way. The course was in great shape and I can’t wait to be back sometime in the future.” 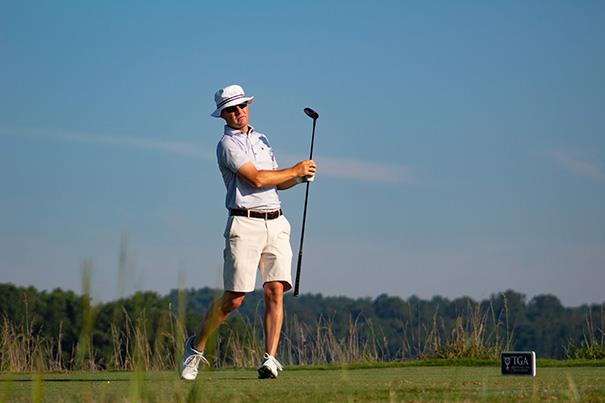 One road was longer than the other to get to the finals, but each was equally as challenging. Greer took on Nashville’s Grant Milling in the semifinals and found himself down by three after the first three holes. But from then on out, Greer did not lose a single hole. Between holes 8 and 15, Greer won all but hole 13, finishing the match with a 4 and 3 win to advance to the finals.

Hunneke was in a similar spot in his semifinal match. After 14 holes of play, Hunneke trailed Nashville’s Jacob Garland by two as the pressure to make a move mounted. Hunneke took advantage of an errant shot from Garland on 17 to make it a one-hole deficit with one left to play. After a picture-perfect drive on 18, the Chattanooga native stuck his approach shot to three feet, a putt which he sunk to force extras. The match wasn’t decided until the 20th hole (par 5 hole 2) when Hunneke put his second shot on the green, two-putting for birdie and the win.

“Getting to extra holes was a huge adrenaline rush,” Hunneke said. “Jacob [Garland] and I had a great match and I just used some of that adrenaline to get me through the 20-hole match.”

The drama wasn’t just limited to the final day. In fact, some of the best finishes came on the tail end of pool play. Most notably was probably the three-way tie in Pool 7 between Williston’s Tim Jackson, Cookeville’s Wes Korth and Brentwood’s Alex Cobb. Jackson’s long putt sealed his advance into bracket play. Jackson though would fall to the eventual winner Hunneke in the quarterfinals.

Six other pools needed playoffs in order to decide who would make it out of pool play into the 16-player bracket, including two other three-way ties. Chas Narramore (Knoxville) punched his ticket to the elimination round by fending off Tucker Fox (Memphis) and alternate Michael Markiewicz (Knoxville). Semifinalist Grant Milling needed to escape a tie against recent Tennessee Boy’s Junior Amateur champion Sheldon McKnight (Chattanooga) and Strawberry Plains’ Cooper Hayes.