CHATTANOOGA, Tenn. -- Golfers at Council Fire Club had their work cut out for them at the 2022 Tennessee State Open. Weather didn’t cooperate with plans as delays stacked on top of each other, stretching rounds one and two into multiple days for some. But when the clouds cleared and the sun returned on the third and final day, it shined on Brad Hawkins. 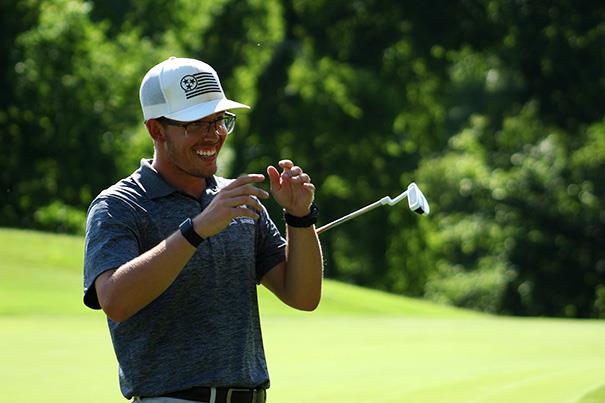 The head golf coach at Walters State Community College in Morristown entered the final round in a three-way-tie for the lead. His 5-under-par 67 was enough to hold off two surging amateurs, Alex Cobb and Jake Hall, as Hawkins won by one stroke. Hawkins’ final trip down hole 18 ended like his first two: a birdie.

With the win, Hawkins secured a nice payday, winning $9,000. Money is finite, but his name, however, will be forever etched on the Curtis Person Trophy as the 2022 Champion.

Cobb and Hall certainly gave Hawkins something to think about during the final nine holes. Both amateurs hung around the top of the leaderboard, with Cobb leading at the turn. They also both turned in bogey-free rounds on Thursday, with Cobb tying for the low-round of the day. The Brentwood native fired a 6-under-par 66. Hall (Knoxville) and Cobb ended in a tie for Low Amateur and State Open Runner-Up.

The only other player in the field to card a 6-under-par on the final day was also a part of the amateur field. Franklin’s Gavin Clements went bogey-free and eagled the par-5 hole 11. He certainly loved playing the par 5’s at Council Fire, finishing 5-under on par 5’s with six birdies and an eagle.

Nick Wolf, Lance Simpson and Brendon Wilson rounded out the top 6 amateurs as they all finished at 7-under for the tournament. Simpson (Knoxville) and Wilson (Ringgold) finished under-par in all three rounds while Wolf (Murfressboro) battled back in round three, carding a 3-under-par 69 after shooting 1-over in the second round.

After Hawkins, the top five in the professional field was rounded out by Austin Lancaster, Joshua Bevell, Gibby Gilbert III and Trevor Johnson. 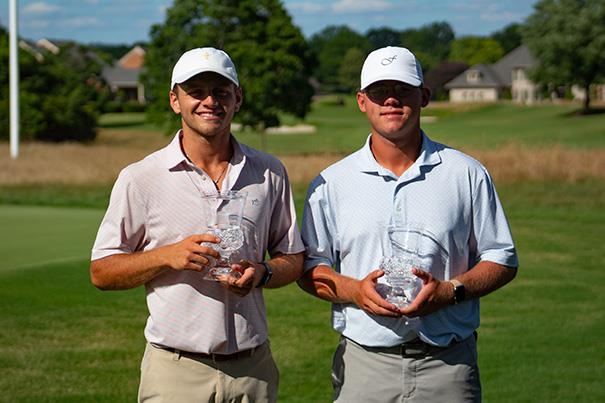 Lancaster (Hendersonville) and Bevell (Nashville) tied for second at 9-under. Lancaster, the former All-Ohio Valley Conference player at Austin Peay, turned in three under-par rounds including back-to-back 4-under-par 68’s in the final two rounds. Bevell, a golf instructor and coach at Profectus Golf in Nashville, scored well, going 67-72-68 which was good enough for a tie for second place.

Gilbert III (Ooltewah) was one bacak from Lancaster and Bevell, totaling an 8-under-par 208 over three days of play. He consistently got better through the week with his three-day breakdown going 71-70-67 making him one of three professionals to score a 67 in the final round. The only other two were Hawkins and Trevor Johnson.

Johnson (Brentwood) put the pedal back to the medal in the final round. The only bump in the road along the way to his fifth place finish in the pro’s field was a 1-over-par 73 in the second round.

Every golfer in the field dealt with less than ideal weather. Round one was delayed a total of six hours due to severe weather. Competitors played until dark on day one, picking up where they left off bright and early the next morning. On day two, the weather was more forgiving until around 7:15 pm when lightning forced golfers to retreat to the clubhouse. A restart 30 minutes later was short lived as more severe weather blew through the area forcing players to stop and pick up where they left off Thursday morning. Their resiliency was exemplary and allowed the 2022 Tennessee State Open to go the full 54 holes.