Cunningham beats the heat and the field in Franklin

Entering the event on Monday, Cunningham had just one thought on her mind: finishing one spot better than she did at Brentwood Country Club a year ago.

"I wanted to win this week bad," Cunningham said with her first-place trophy cradled in her arms. "I mean, why play in a tournament if you don't want to win?" 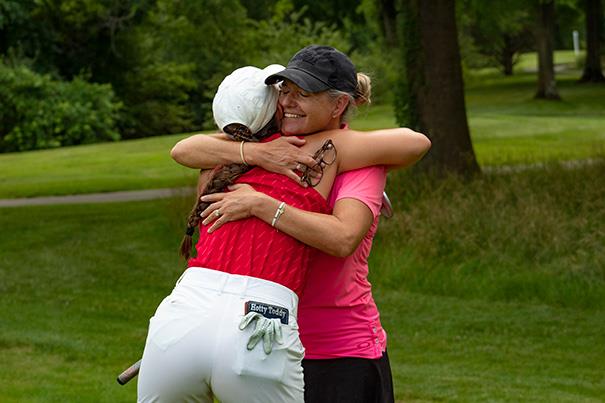 After a pretty dominant run in Pool Play, things weren't any easier for the redshirt sophomore at Ole Miss. Both her quarterfinal and semifinal matches need 19 holes to decide the winner, making a comeback in the final stretch of holes in each leg. Cunningham defeated Kendall Maynard (Clarksville) and Catherine Caudill (Clarksville) in the quarterfinals and semifinals, respectively.

A top-two finish in each of the two iterations of the Tennessee Golf Association's Women's Match Play event may have people thinking Cunningham is a natural in the discipline. However, before 2021, that wasn't the case.

"I'd never won a match in any match play event until last year's event," Cunningham said.

Now she'll be able to place the winner's trophy on her shelf.

The odds of a Clarksville-native taking home the top prize were high, considering five of the final six competitors all called the northern Tennessee city home. Lim was the only non-Clarksville resident to make it to bracket play.

The incoming freshman at Vanderbilt received a first-round bye into Wednesday's semifinals where she faced Middle Tennessee State-product Caroline Caudill. Lim never led the match at any point until the final putt dropped on 18, which punched her ticket to the final round.

Catherine Caudill, Caroline's younger sister, slowly dug herself out of an early rut in the semifinal match to force a playoff, though she lost on 19th hole of the match. Cunningham jumped out to a quick lead, winning the first four holes. Catherine won five holes over the remaining 14 holes compared to Cunningham's one, which ultimately forced the playoff.

Cunningham was asked if she would return to defend her crown next year.

Overall, all the competitors played great golf over the course of the three days.

Full results from the tournament can be found here.