A perfect Father's Day ends with a Cobb family win

CROSSVILLE, Tenn. — Two picture perfect days in the Golf Capital of Tennessee made for some great golf, the best of which came from father-son duo Peter and Alex Cobb. The two used a strong second-day to propel themselves into first place of the Championship Flight and Overall Championship.

A solid day-one score of 66 on the Stableford points system put the Cobb's (Brentwood) within striking distance on day two. Of course, Alex is no stranger to saving his best for last. Just ten days before, Alex put up a final-round, 6-under-par 66 at the Tennessee State Open to finish tied for the Low Amateur and a stroke off the lead. He put together a similarly strong round on Sunday, collecting 50 points. A team, however, needs more than one of its members to play well. And maybe final-round improvements run in the Cobb family as Alex's father, Peter, scored seven more points than he did the day prior with 31 to give the Cobb's 81 points on Sunday. The 15-point improvement was enough for the win, as they edged out Bryan and Brandon Rodgers by six points.

The Rodgers' family, a previous winner of the Parent-Child Championship, finished tied with Neil and Philip Spitalny at 141 points. Both father-son teams are regulars at the championship at Stonehenge, though they are facing some new challengers. The top five was rounded out by the McCommon and Caldwell duos, which include Jackson McCommon and Luke Caldwell who are both expected to be in contention for a title at the 2022 Tennessee Junior Amateur later this month. 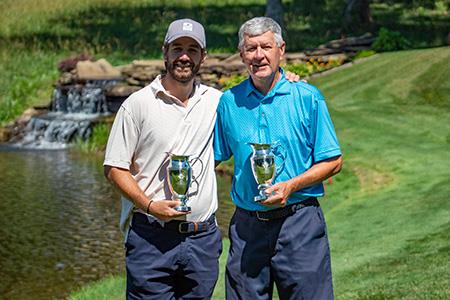 Flight One was won by Memphis' Ed and Jeff Link. They found themselves in the middle of the pack after the first day but had the only 70-point finish, earning them the victory by two points over Jeff and Brett Whitmore of Fayetteville and Murfreesboro, respectively. A strong front nine from the Link's gave them 39 points to work off of as Ed finished the day with a 3-under-par 69 on his own. 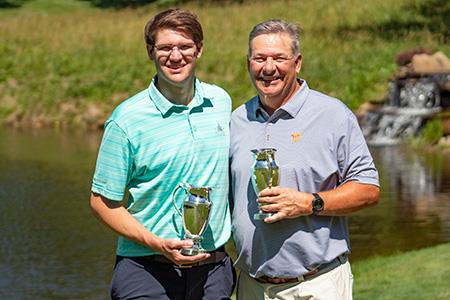 Flight Two was won by the leaders of the flight after the first round. Wes and Taylor Payne took how top prize in their flight, finishing as the only team in Flight Two to score at or above 50 points on both days. A combined 109 was more than enough to win their flight as the Knoxville natives cruised to victory. 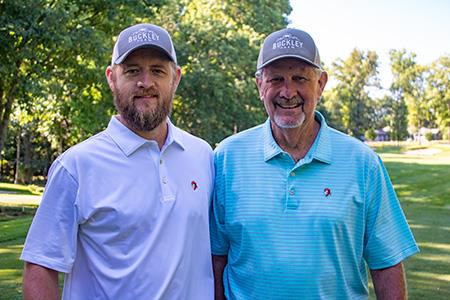 Flight Three went to Barry and Eli Buckley from Fayetteville, whose 13-point improvement on day two captured them the win in their flight. Danny and Eli Freeman of Chapel Hill gave them a run for their money, making a 20-point jump on day two and finishing just three points behind the Buckley's 97 two-day total.