Representatives from the Tennessee Sports Hall of Fame surprised Horton at Golf House Tennessee in Franklin on Valentine’s Day to announce he was the first inductee in the Class of 2020.

Information regarding this year’s Tennessee Sports Hall of Fame induction ceremony will be announced at a later date. 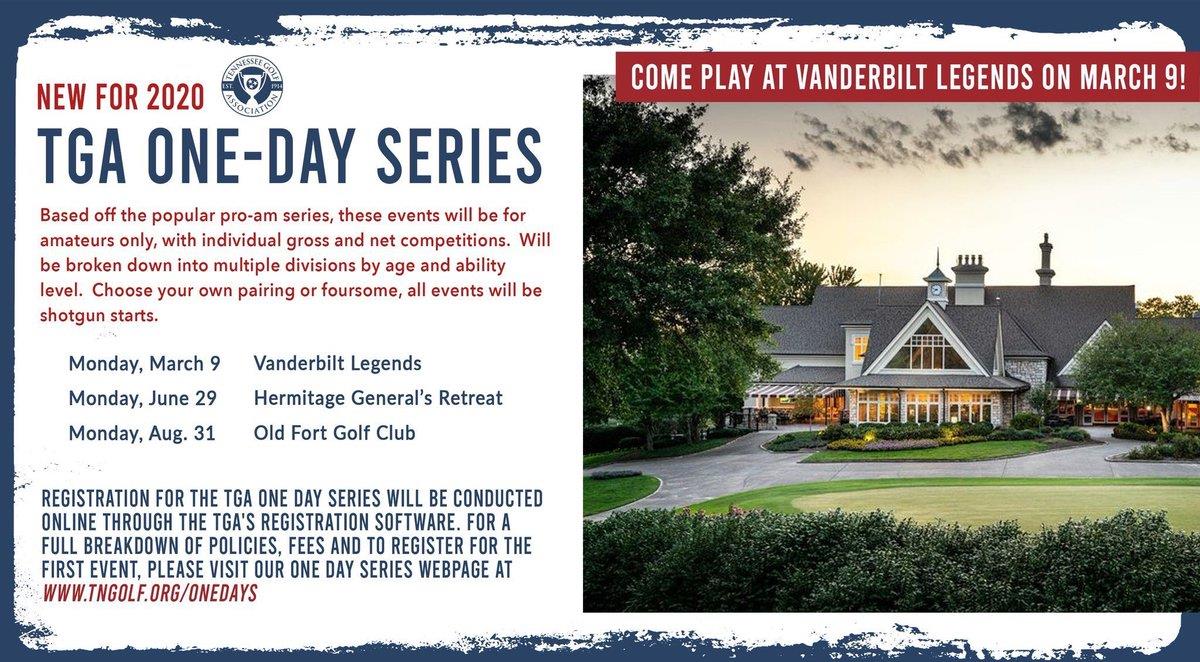 A native of Hamilton, New York, Horton previously served as the Executive Director of the Tennessee Section PGA, the Tennessee Golf Association and the Tennessee Golf Foundation, holding all three positions for 17 years.  In his most recent role as President of the TGF, he grew Tennessee’s collective golf organization’s assets from $3,500 in 1973 to $22 million today.

Horton announced his retirement in 2018 and has since served as Advisor to the Chairman of the Tennessee Golf Foundation.

“Dick Horton, in his 45 years of service to golf in Tennessee, has left an indelible impact on the sport,” said Jim Seabury, the Chairman of the Tennessee Golf Foundation.  “From the creation of the Tennessee Golf Foundation back in 1990 to his work with The First Tee, which has helped fund and teach thousands of kids the game of golf and the life lessons that the game develops.”

“The core values of The First Tee – honesty, integrity, sportsmanship, respect, confidence, responsibility, perseverance, courtesy and judgement are the core values that have guided Dick Horton through his entire career.  I count working with him as a blessing and the game of golf and those that have been around Dick are better for it,” Seabury added.

Horton graduated from Wake Forest University in 1971 and three years later joined the Tennessee Golf Association and the Tennessee Section PGA, where he would begin to make an impact on the game of golf, not only in the state, but across the country.

When Horton was hired by the associations, he was one of 15 full time golf executive directors in the country. Tennessee was one of four states who had joint amateur and professional golf organizations that worked together.  He worked to grow the Tennessee Section from 150 golf courses to 225 and PGA membership from 150 to 500 members, all while establishing a uniform golf handicap service that grew to 44,000 users at its peak in 1999.

Horton has served in many leadership roles within the golf industry, including: organizing the section executive directors into an influential established group; attending over 35 annual meetings of the PGA of America; and serving as President of the International Association of Golf Administrators. He was instrumental in the Golf 20-20 leadership effort that created The First Tee.

Golf programs he initiated include: one of the oldest (45 years) continuous running junior golf academies in America, with over 15,000 graduates; a junior tour now sponsored by PGA Tour member Brandt and wife Mandy Snedeker, which has 1,500 boys and girls that play 145 junior events in a 48-day summer season; a first-season Ben Hogan Tour event in Knoxville, which is still in existence today (longest running since inception); the current Nashville Golf Open Web.com Tour event.

Under Horton’s guidance, Tennessee was the first state regional golf association and foundation (TGF) to secure a The First Tee chapter.

Unquestionably, Horton’s career highlight is the creation of Golf House Tennessee headquarters campus and The Little Course, built on 15 acres in Franklin, Tennessee in 1995. Golf House is home to the Tennessee PGA Section (professionals), Tennessee Golf Association (amateurs), GCSAA superintendents, CMAA club managers, as well as administration for junior golf, seniors, women’s golf, plus management for The First Tee of Tennessee and The Vince Gill Invitational (The Vinny).

It was Horton’s vision and labor of love to have the home site, and it’s a compliment to him that other golf associations have replicated similar headquarters throughout the country.

Some of Horton’s more exciting career experiences initiated by golf were meeting President Gerald Ford, President George H. Bush and Barbara, President George W. Bush, and Donald Trump at Trump International before Trump was elected president. He was one of six members of the board of directors of the Arnold Palmer Golf Company that included Mr. Palmer, Nancy Lopez and Jack Lupton.

In 2008, Horton was elected to membership in The Royal and Ancient Golf Club of St. Andrews, Scotland.

From a one-man office to the current permanent home site at Golf House Tennessee, Horton will leave a legacy as one of the most influential people in Tennessee golf history, having steered the state associations into the modern age of the game.